Everything You Need to Know About App Streaming 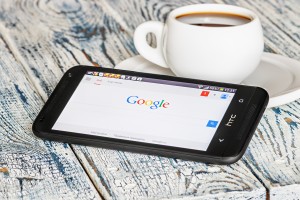 [/one_half][one_half_last]In a recent post we discussed app optimisation and the advancements Google has made in app indexing. Google has made leaps and bounds in indexing deep app content that is otherwise inaccessible to search engines, with the use of the Google App Indexing API. Google now has over 100 billion deep links into thousands of apps which appear in more than 40% of Android device searches. But of course, Google has made another leap with the ability to stream app content to users without them needing the app installed. [/one_half_last]

A recent article by CheatSheet discusses app streaming in some serious detail. This recent development is not surprising, as Google wants to provide users with the best content, and what if that content lives in an app that a user doesn’t have installed? App streaming is the answer, and may we say, we are seriously impressed!

It’s gotten us all excited about the possibilities this will give businesses and app developers. App indexing is a growing trend, and with the addition of app streaming we think it’s going to further enrich the mobile user experience, whilst revolutionising mobile search!

So let’s start with all of the hard core facts! Here’s everything you need to know about Google’s App Streaming functionality:

At the moment, Google is using this opportunity as a way to experiment with the user experience. Once they perfect this, it’s not hard to predict the proliferation of app content that will be served in Google Search results. This will make the role of app optimisation increasingly important with app indexing at the top of everyone’s To-Do list.