I Think I Am in Love with Rand Fishkin…..

But, not in a stalker way.

I love Rand Fishkin for not only the contribution he makes to the industry but also because of the type of person his public persona emulates. Let me explain myself a bit better…..

I remember a fair while back when he proposed to his wife Geraldine.

There was video of the proposal floating around that was really cute! 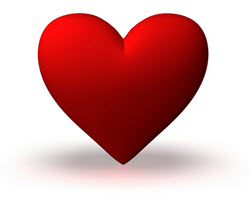 And the thing was it was an unintentional link bait (or, was it??). Interestingly  this video was not the easiest to find and a number of sites that housed the content are now gone (http://www.ifilm.com, http://www.mysuperproposal.com/). And the resulting Oprah interview? Post a link in the comments if you know where it is!

That’s not all though – how great is his mom Gillian Muessig? I saw her speak in Sydney in 2011. We heard about the humble beginnings of her marketing business – the hard work with little pay and the stresses of thinking you can’t afford the salaries of your employees. This is what we now know as SEOMoz.

There are a couple of great interviews here and here.

Then there is the SEOMoz company tenets called TAGFEE – I really like these and they do make you think, “Wow, sounds like a great bunch to be involved with!”.

I recently read an article on SEMRush called SEO Archtypes which gave me the idea for this post. So, I have to confess, it isn’t just Rand Fishkin I love. There are so many in the industry, there really are. However, there are a few that have made an impact on me in some way – whether it be their humour, contribution, writing style or something that was done to have made me remember them so clearly (if I didn’t mention you it’s not because I don’t care).

SugarRae – “Never mess with a woman who can pull rank”

Cool handle and tagline! Rae Hoffman is upfront and does not apologise for what or how she writes. Quite frankly, I prefer it and I like the fact that she drops the F-bomb occasionally. And I can’t go past her blog category Rants in Bitchland.

However, my favorite post from her will always be “11 Things My Son Taught Me About Life and Business“. It is beautifully written, full of love and you’ll likely need a tissue or two.

I like Dr Pete. Intelligence is sexy and he is S-M-A-R-T. I can literally drown in one of his correlation posts amid all the data. In all seriousness, he produces some of the most interesting posts regarding data analysis.

Here’s another one with smarts with a sort of weird obsession with patents. It is always interesting to read his blog as he finds and dissects patent filings by the search engines and what implications said patent might have.

Peter is an internet marketing specialist in Texas. I came across a post he wrote about how he started in SEO and how it changed his life. It was a great piece and really very honest. He took the time to discuss very personal details and gave thanks to the people who influenced him the greatest from his humble beginnings to become a Director of Marketing at Skinny Limits.

Just because he cracks me up and he is fun to watch at conferences when he does live site clinics. He shows no mercy to the unsuspecting business owners – @motherwell holla!

I saw Jennifer on a panel at SMX New York in 2007. She went on to tell the story of how the National US pork board was going to sue her because she made a t-shirt that stated “The other white milk” (ummmm, yes – trademark-infringement from the pork board about a breast feeding t-shirt) on behalf of The Lactivist. Her delivery was great and the reaction of the pork board was comical to say the least. That was memorable.

I really like(d) SEO Bullshit. Again, a no-holds barred discussion on all things SEO with contributors like TheGypsy and IrishWonder.

I seem to have a penchant for smart people and those who swear like a sailor.

Sadly, there hasn’t been a post since October 2012 – but I still check.

Like I said, this isn’t an exhaustive list and I may even add to it if the mood suits.