Ooooops they did it again!

Something that started mildly in October 2011 is reaching a crescendo……

You know that ‘ole chestnut (i.e. corporate motto) from Google “Don’t be evil”? Sssshh, I don’t think anyone is buying that. So what have they done now you say? Well, it all started in 2011 when the illustrious Matt Cutts announced that Google would be encrypting searches for those people who were logged into their Google account. This was reported to only affect 10% or less of queries:

“Google software engineer Matt Cutts, who’s been involved with the privacy changes, wouldn’t give an exact figure but told me he estimated even at full roll-out, this would still be in the single-digit percentages of all Google searchers on Google.com”. (Source: Search Engine Land)

Just the following month, November 2011, there were reports of this being as high as 14% in some cases. Over the months we have seen this number rise and listened to the debates and frustrations of those in the industry. You see, we can still see AdWord search queries, just not Organic. Firefox and other browsers also contributed to this by making searches secure – whether you were logged in or not.

The beginning of September 2013 was when reports were circulating claiming that the “(not provided)” numbers had reached 70%. A study by the The Rimm-Kaufman Group brought to light the possibility that this may have had to do with the changes of referral data via iOS6 (see the recent update to our blog on You’ll receive an Organic traffic increase in August 2013).

Today, it is being reported that the percentage of Organic search queries being labelled as (not provided) has experienced a large spike and will likely hit 100% by December of this year (if not earlier). A site called Not Provided Count has a live running tally based on the 60 sites it monitors as shown in the chart below. This is the result of Google sending all search queries to a HTTPS version of Google, globally. 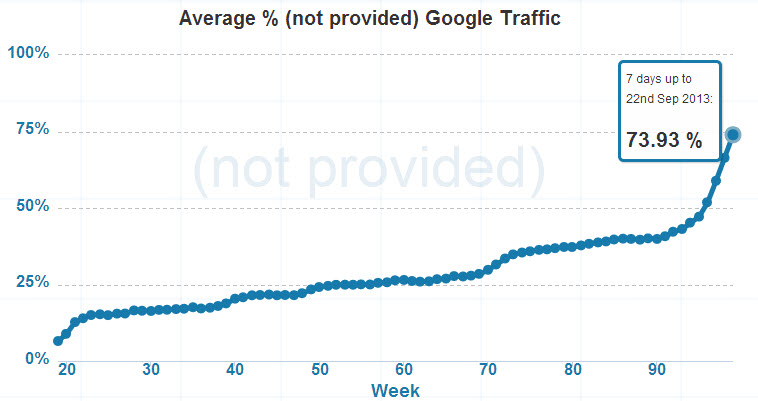 This does prevent us from reviewing search queries that are driving traffic to a site organically and hinders other advertising practices such as retargeting.

Speculation is rife on why this change has happened so suddenly. Anything from fall out of the whole NSA thing, Google’s further attempt at cash grabbing or simply them just saying they want users to have more privacy. Either way the December 2013 prediction, in my opinion, is too far into the future – we may start seeing “(not provided)” hit 100% in the coming days. 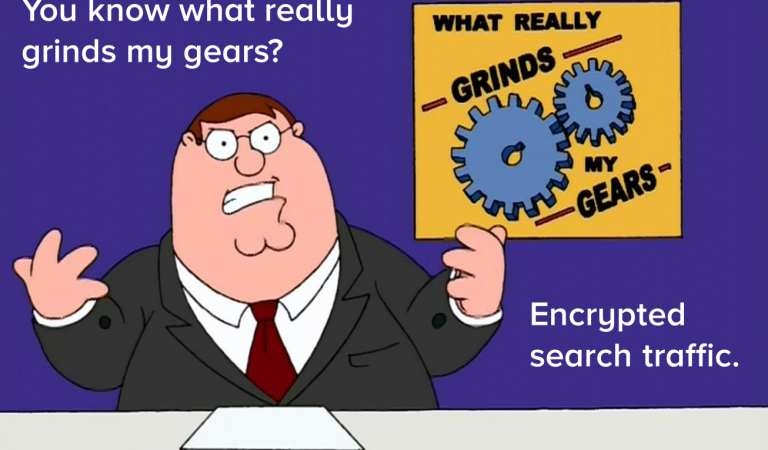 We want to provide SSL protection to as many users as we can, in as many regions as we can — we added non-signed-in Chrome omnibox searches earlier this year, and more recently other users who aren’t signed in. We’re going to continue expanding our use of SSL in our services because we believe it’s a good thing for users…. The motivation here is not to drive the ads side — it’s for our search users.

It’s still not clear why Google seems to have ramped up things especially today.”

AMIRE are seeing this occurring with the sites we track and it is ranging from 60-80% just in the last week where it was previously 50-70%; however, our own site is already sitting at 90% today.