[one_half]So it seems like Facebook is going the way of Google – that is, trying to take over the world. Or, at least, cyberspace. Where Google has Google Wallet, Facebook is pushing its own version of PayPal: Facebook Messenger Payments for the purpose of paying your friends. This in-app payment system will rely on both parties having the app installed, their bank details stored within the app, and the trust to go ahead with the transfer. 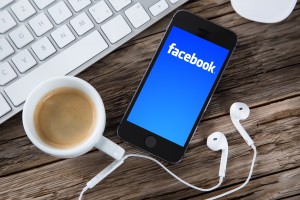 Admittedly, Facebook already has a pretty good record with handling people’s money – think Facebook games’ in-app purchases – even if Facebook do say so themselves. But they are offering more security by way of:

What’s the point of having an app within an app, for the odd occasion you may need to send money to someone you’re chatting to? It’s free (for now) whereas PayPal charge a fee for sending money; Facebook poached PayPal’s president (David Marcus) to be the head of their Messenger app, so it seems obvious that at some stage the facility will draw fees. Perhaps Facebook have aspirations of being the next Google Wallet with its far-reaching applications to real-world instances.

It won’t be a business tool, as such; it’s difficult to think of business people standing around in their expensive suits, chatting on messenger, and transferring millions of dollars to clients overseas. It’s difficult to even think of it as anything other than an extension of the Messenger app – a means for friends to connect and share. Except this time, it’s with money.

Facebook Messenger Payments is only available in America at the moment, and messenger payment can only be made with Debit cards, so Down Under will have to wait to send money to friends, without leaving the comfort of their messenger app. In the mean time there’s PayPal, online banking, or even the bank itself. It’s outside, but you can still take your phone!