Closure of Google Plus

All You Need to Know About the Closure of Google+

It may seem like old news for some, but for others, this might be the first time they are hearing about the closure of Google+ on 2 April last year. If you’ve never used Google+ or didn’t realise it existed with your Google account by default, here’s all the information you need to know. 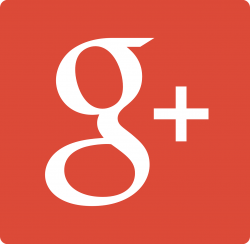 Google+ was essentially meant to be Google’s version of Facebook, as it was designed to function as the social media arm of the tech giant. The social network was introduced in 2011, although in all its eight years of existence, it didn’t get as much attention as Google might have initially hoped by the tech giant. Eventually, what Google did was club it with the rest of their products, so all Google account holders came to have a Google+ account by default.

Why was Google+ deleted?

In Google’s official statement, the company cites the reason for deleting Google+ was “due to low usage and challenges involved in maintaining a successful product that meets consumers’ expectations.”

However, the tech giant’s failure to protect private user information might be a major reason for shutting Google+ down.

It must be remembered that in October 2018, The Wall Street Journal reported a major software glitch in Google+. The bug exposed the profile data of about 500,000 users to third-party applications or outside developers between 2015 and March 2018.

The data that was accidentally exposed included profile names, email addresses, occupations, genders and ages. According to Google analysis, as many as 438 apps might have used the application programming interface (API). While these interactions were not alarming in and of themselves, the exposure incident itself is worrying, although Google claimed to not have found any evidence of abuse or misuse. From the time of discovery, it took Google six months to disclose what happened with Google+.

Google then announced that they would be shutting down Google+ by August 2019. However, the shutdown was rescheduled a few months earlier when another bug affecting user data was discovered in November 2018.

The newly discovered Google+ issue affected 52.5 million users, exposing their private information, including names, occupations, ages and email addresses, between 7 November to 13 November. Upon revealing the breach, Google claimed that the bug was already fixed and that users whose personal data was compromised had already been contacted.

Then, on 10 December 2018, Google announced that the Google+ shutdown slated for August was moved forward to 2 April 2019. New Google account holders could no longer create Google+ profiles, communities, events and pages by 4 February 2019. 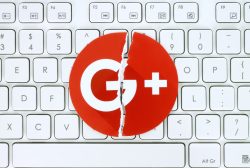 What should you do if you had a Google+ account?

If you had a personal Google+ account, and whether you used it, no longer matters now. In accordance with the company’s announcement of discontinuing Google+ services by April 2019, they had removed all remnants of the social media platform.

Also, Google did send emails to personal account holders in March 2019, informing them of the impending closure of consumer Google+, and reminding them to download all content stored via Google+ from 31 March 2019. The deletions included any photos and videos uploaded on Google+, as well as any pages, profiles, posts and other similar content created or shared.

The deletion did not affect other Google products you may still be using, such as Gmail, Google Drive, YouTube and Google Photos.

Although belated, it’s never too late to say farewell to the Google+ you never knew you had (or barely used). However, it’s now probably too late to save anything uploaded to or created in Google+.

If you want to review Google’s official statement concerning the Google+ shutdown, you can always check out their January 2019 announcement.

If you looking for more tips for your website, join our readers and get valuable industry insights to help boost your conversions.